How did you celebrate your Independence Day? (That is, if you’re in the states, or celebrating the U.S. day from afar.) For me, it’s one of the few holidays where I’ve done the same thing for a number of years. I spent it at home in DC. Why go anywhere when you know you reside at a top spot for a good fireworks show?

Every year people from all over come to the nation’s capital to see the fireworks spectacular, and I love joining in as a local tourist. What’s not to love? Live concerts, hot dog stands galore. But this year, I skipped the tourist track and went straight for the local jive. That is, I snagged a rooftop view of the show atop an apartment in Foggy Bottom. With a barbecue, cold American brewed beers, and a much smaller crowd, I was all set for prime viewing of the exploding wonders in the sky.

By Sunday, I found it high time to skip town and take a road trip. Just an hour northwest of the city is a region my other half and I discovered last year. It’s in the Boonsboro/Middletown area of Maryland, not far from Frederick or Hagerstown. While there we fit in a tasting at a cider distillery, a stop on part of Maryland’s ice cream trail at a creamery, a dose of history and hiking at Gathland State Park, and a lunch so tasty I’m still daydreaming about it. Not too shabby for just a few hours out and about.

If you want to retrace our steps and are coming from the DC/MD/VA area, head out on the 70 until you get to Middletown. Then go to South Mountain Creamery for ice cream and yogurt that sings out: I’m so fresh! So fresh, that you can sit on the covered porch and watch cows in the nearby barn being milked. Tours of the farm run weekdays from April – October.

Next, head over to Distillery Lane Ciderworks for a self-guided tour of the orchard and a tasting of  Cider Lane featured selections. You’ll learn about the many processes in making good cider. Fun fact: Thomas Jefferson was a hobbyist cider maker. This explains why I like him so much (among other reasons, of course).

When you’ve loaded your car full if cider purchases, I recommend you head over to Gathland State Park and stop for a hike.  Or just pull over for a few ticks to check out the big archway monument that recognizes war correspondents of the Civil War.

After a hike, you’ll likely have a good meal on the mind. Follow the Old National Pike to Boonsboro and dine at Dan’s Restaurant and Taphouse. The renovated historic building is a looker, and the dedication to local breweries and farm foods is mighty nice. More importantly, the service was so friendly! And that perk is trumped by the food — muy excellente indeed! The beer menu was really good too, and you can get a 4 oz sampler for $2.

I ordered the chili cinnamon steak sandwich and was an instant believer in beef again. I’m not generally one to order the beef option, and when I do I usually regret overlooking the fish or chicken. But this sandwich had me willing to turn into a true red meat gal (my apologies, cute cows I saw at the creamery just hours before!).

I guess it’s no wonder Boonsboro is home to a good restaurant. It’s not too far from Frederick, well known as a foodie’s destination for DCites. And more importantly, it’s in a town where church parking lots show favoritism to chili cookoff winners in preference to pastors. I got a kick out of this. 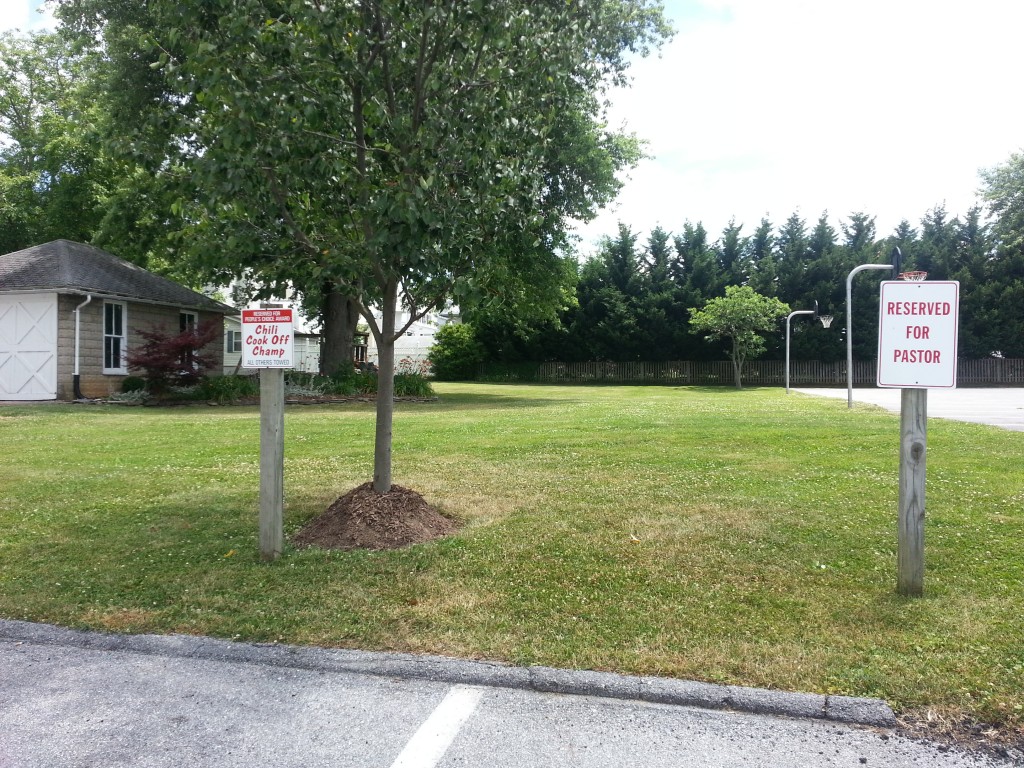 All in all, a good time out in the Mid-Atlantic.

When a Photo Just Won’t Do
An Ethiopian Coffee Ceremony