The Spirit of a Place

I was watching a random show on Hulu yesterday that flooded me with memories of L.A….

When I was 20, I packed up from the traditional route I thought I’d be on, and moved to Hollywood.

What I thought I always wanted was four years of college, continuously, right after high school, with a plan for a standard grown-up job right after. That was the only track I’d considered. Really, because that was the only plan I knew.

But so many hints and pulls and nudges from the Universe that I wasn’t meant to be at my college in Texas were coming to a head. I’d totaled my car, lost financial aid due to a minor paperwork mistake (okay…a missed deadline), I couldn’t get into any of the classes in my major after three semesters of trying, and I felt so disconnected from most of my friends. Not even sure why, but after a lonely, challenging summer as a nanny in the Hamptons, I felt different. To stir up even more unrest and contemplation on my life direction, the shocker of 9/11 occurred, which really stirred up unrest within.

So with butterflies in my stomach aflutter, I listened to the signs and went where I was most called — to get hands-on film industry experience among the palm trees of L.A. That marked my farewell to the “traditional” track I thought I wanted and headed off for the big lights of Hollywood. Literally Hollywood. I moved into a scrappy studio apartment with a friend in the heart of the Hollywood Star Walk, facing the Kodak Theater.

Why? Because in this chapter of my life, I thought I wanted to be a filmmaker, but wasn’t sure. So I desperately craved hands-on experience in the film industry to explore my direction. And what better place? L.A.!

So I found a part-time internship with a producer in West Hollywood, enrolled in a couple film classes at Los Angeles City College, and reserved a few days of each week as a background actor in various films and TV shows.

This big city life was new to me, and it was all a thrill as I learned and explored all the City of Angels had to offer. Traffic and all!

What intrigued me most of all — and what my memories still hold dear — was discovering the true spirit of Los Angeles.

It’s a city of many reputations, and I’d say many that aren’t that great. But to me, the spirit of L.A. is that everyone is a dreamer. Everyone has a talent, a craft, an art. Something greater than themselves that they were pursuing, whether it be a lead role in a film, to see their play hit the stage, or to get their band signed to a big label.

In fact, it was already assumed that anyone you met was likely an actor, musician or filmmaker. Or if not, they were still somewhere in the show business industry, such as a screenwriter or stand-up comedian.

Other things that stuck out were how few people I met were actually from L.A., and how supportive all the have-not-become-anything-just-yets were at supporting one another’s art.

Ultimately, that spirit of artistic dreamers and doers, the collection of people from all walks of life with shared visions, made every experience of my half a year spent on L.A. so vibrant and beautiful.

I miss L.A. Not enough to move back as my priorities have changed. But I cherish those memories and the spirit of that place. 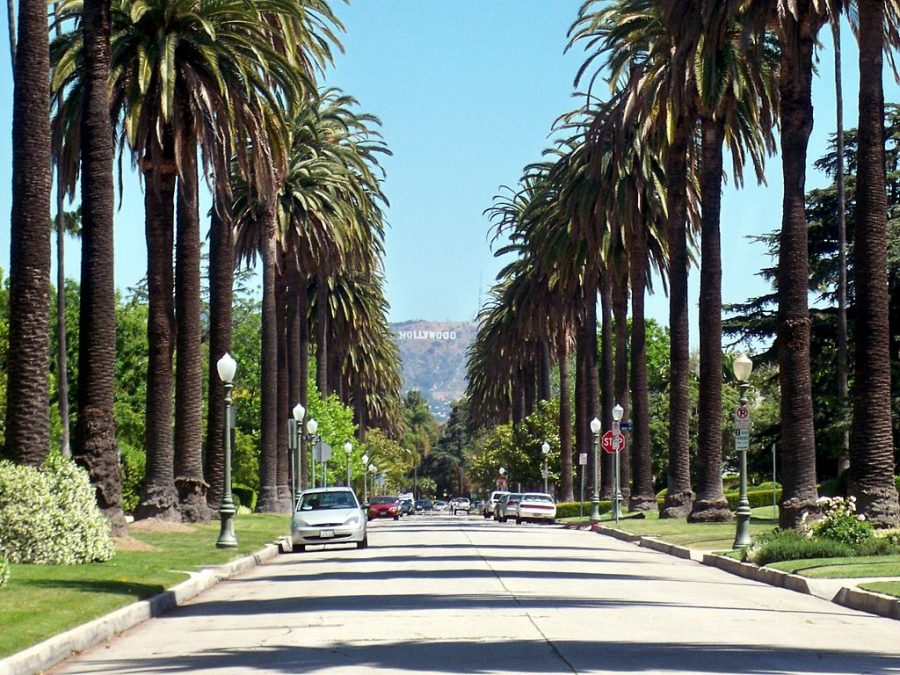 I’ve lived in many places since that time, and traveled extensively in other cities. Each city has a certain character that comes out when you’re really observing.

That’s one thing I love about travel. So much to explore! So many people, and the more people you meet and get to know, the more you start to find themes and vibes that make a whole place unique and stand out from anywhere else.

Life in the L.A. world still remains so unique. Those palm trees and springtime jacarandas. Those talent scouts around every corner, street performers, and camera crews ready to interview you VH1 or the Tonight Show… Those enterprising artists finding their way and making a living.

Now that is a cool city. A place I will always hold dear.

How about you? What are some places that give you special memories?